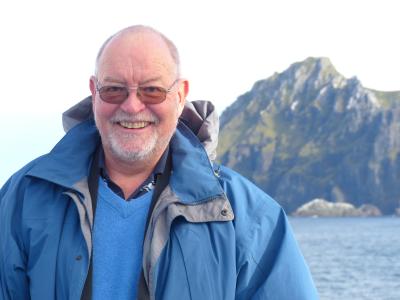 I try to write this web page according to the current HTML5 specs - a small exercise, so to speak. I am now in retirement and have given up my professional activities, but I follow the technical and social developments with vivid interest. Internet courses (MOOCs) and lectures at universities are part of my activities.

My first contact with the topic of computer security was in 1986, when first reports about computer viruses appeared in the newspapers. I tried then to create a self-replicating malware code, and I was surprised how simple this turned out to be. After that I started to analyze the security mechanisms of the operating system (UNIX System V) from the view point of a nuclear engineer (principle of barriers). From then on, I was always considered a UNIX security expert.

During my time with UBS I authored the OpenLAN Security Concept and was project manager of the Umbrella Project OpenLAN Security. During this time the bank's in-house smartcard solution PERSAUTH was being developed and deployed on some 40'000 workstations. PERSAUTH was used to securely manage logins and passwords for the numerous banking applications.

Here is my sales pitch from that time.

Security technology has degenerated to a pure product selling business over recent years. The relevant questions, namely the meaning of security, the definition of threats and countermeasures to be taken, are not asked anymore. This leads to a false sense of security. Quacksalvers and charlatanes profit from it.

However, if you are interested in real security for your IT infrastructure, I will be happy to write a security concept with you that is up to standards with the leading Swiss banking institution.

I like interesting projects in the realm of C, C++ on Linux, Solaris, FreeBSD and all other UN*X platforms, which the younger generation is not enthusiastic about (Perl, Fortran, Make). Windows and GUI programming are not on my radar.

My first job after my PhD graduation was with Electrowatt Enginnering in Zurich, where I worked in the realm of nuclear fuel management. For a project about the planned German nuclear waste repository in Gorleben I performed calculations about the composition of nuclear waste (nuclide inventories and their evolution over time). Some years ago some friends and I wrote an important treatise about the complete inventory of nuclear waste in the Federal Republic of Germany (including the new East-German Länder). This work was sponsored by the Federal Office of Radiation Protection, Braunschweig.

Here my sales pitch about my nuclear skills.

As a trained nuclear engineer with long standing experience I perform nuclide inventory calculations for radioactive waste, that are used in the assessment of security relevant questions for planned nuclear waste repositories. I also perform criticality calculations for spent nuclear fuel transport casks. All these calculations are done with internationally recognized and licensed codes.

Here my offering in the realm of consulting, training, programming.

Courses from Physics and Astrophysics